7 Hot Predictions for Tech Trends in 2018

Tech is developing and changing at a whirlwind pace. Ideas and inventions that were barely conceived of a few year back are now becoming reality before our eyes. Where will it go next? Here are my seven hot predictions for tech trends in 2018:

We’ve already seen a huge expansion in online learning. But I think this will expand even more rapidly in 2018, as courses and providers gain credibility. More and more companies will become willing to hire employees that have completed online courses rather than expecting more traditional qualification and training.

Online learning and skill development will further enter the corporate world, with companies sponsoring skills development for employees. This will be for two main reasons: to drive down attrition, and to increase employee value and productivity.

So the ability for folks to learn new skills online, regardless of the field, is going to expand. Getting better qualified will no longer depend on going back to school. People are going to have many more avenues by which they can obtain the skills they need, so an employee’s ability to add new skills to their portfolio will rapidly increase. Paysa is contributing to this by giving advice to employees about the different paths to getting professionally qualified or for ongoing training, and online companies like Udacity will continue to expand. I also think companies will have the same opportunities available to them. They’re going to be able to provide specific courses to help up-level their current employees. Instead of trying to find new employees, they can actually be critically developing their existing workers using these online courses. Employee retention will be better, which saves on costs and all-round hassle.

I think there’s a developing trend in all schools, including traditional schools and universities, in offering computer science degrees. Their ability to offer degrees to enable their students to take new tech jobs will continue to expand. In the past, not all schools have offered such extensive programs, but now those opportunities are exploding. We’re actually seeing the building blocks of computer science training happening now at the high school level, and they will continue to expand that in 2018. It’s super-interesting!   There’s a general acknowledgement that much of the world’s going to go this way, and there’s just so many jobs available that the schools (both online and offline), are responding accordingly.

3. Tech will continue to expand outside of the core cities

In an effort to drive down costs, as well as find qualified candidates, tech companies will accelerate their satellite offices to cities with good colleges and well-qualified employees. First, this is just a function of more companies hiring more tech workers across the country. Secondly, I think in the core cities, such as the Silicon Valley Seattle area,  the competition’s so high for tech workers that it’s driven salaries through the roof. And so you’re seeing more companies establish satellite offices in the areas where they can find quality people, but they don’t have to pay them the highly competitive rates of the more traditional tech hubs. And employees can work where their salaries will go further. It’s already begun to happen, but that trend will continue.

4. Transparency will become even more critical

Transparency in the job market will accelerate in 2018. This will include areas like salaries, the hiring process, the diversity composition of businesses and more. Companies will increasingly be held accountable by their current and prospective employees, their boards, their users, and by the public markets. The wealth of information on Paysa will be a goldmine for employees and companies alike. There’s information about whether a certain career is right for you, which jobs are up-and-coming, and information about career progression. You can also compare the same job in different companies to see which suits you best.

They can also carry out a job search for an AI specialist role, including searching by company, and see who’s offering the best deal. On the employers’ side, the emphasis on transparency is about equipping them for ‘better hiring’. There’s a lot of investment and technology around helping employers improve the speed at which they find the right  people and then then retaining them.

In some sectors, like AI and cyber-security, salaries will increase at a faster pace than normal. There’s an increasing demand for highly qualified staff in these cutting-edge fields – they’re offering incredibly important viable skills, and employees that can do so will be in huge demand. They’re able to write their own ticket. We’re seeing it now, and I don’t see the trend abating any time soon, so I think salaries will reflect that.

6. Non-tech companies will ramp up their tech hiring

This circles back to the situation with expanding tech operations to other cities. More and more traditionally non-tech companies are realizing that technology is a key component of what they’re doing, if not now then in the future. So they’re hiring like mad, and many of them are worried about how they’re going to compete in the future. They feel that having an innovation team or a technology team is going to help them do that. GE Digital built a whole office in the east bay of northern California, and have been paying really aggressive salaries to hire the right people. That’s just one little example of a non-traditional company building up their own technology capabilities. We’re already seeing this in the AI field.

7. This won’t be cost-effective for every company

Companies that feel the need to ‘keep up with the Joneses’ by hiring innovation teams, especially in the AI field, will find that those resources are underutilized relative to the cost of hiring and retaining these employees. Sometimes they get a little over their skis. It’s a significant investment – lots of money and lots of time. And if you don’t know what you’re doing, if you don’t have a real plan, if you don’t have the patience to see all the way through, it could all end in tears. I predict that in 2018 we’ll see a lot of companies experience a dawning revelation: “What am I really doing here? This is a huge expense and what am I getting from it? I’m not able to compete with the big boys.” I think you’ll have this general tech expansion among more traditional companies, and then it’ll probably have a little bit of contraction as they figure out what are they really doing. Many of these companies will eventually scale back their efforts and partner with companies like Google, Amazon, and Microsoft.

2018 will be a hugely exciting year for tech. It will be interesting to be back here at the end of the year to see how my predictions have turned out!

Related:  Career Review 2017: What Went Well and What Can You Improve 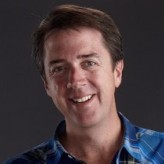 0 0 0
Previous ArticleWells Fargo vs. Bank of America: Who Pays More?
Next ArticlePay Day Friday: How to ask your boss for more money? [video]
Latest Posts