GrubHub vs. Instacart: Who Pays More?

From at-home meal kits—like Blue Apron—to 24-hour delivery services that can bring a gourmet meal to your couch in less time than a Game of Thrones episode, it should come as no surprise that analysts expect the food technology industry to be worth $250 billion in the next five years. With that growth comes the demand for top tech talent to help companies innovate and remain competitive in a high-stakes industry. Two of the companies constantly competing for the best-of-the-best are GrubHub—a home delivery service for local restaurants—and InstaCart—a competitor to Amazon in the grocery delivery market.

If you’re in a high-demand tech role like a product manager, software engineer, or data scientist, chances are good you’ll hear from a recruiter at one of these companies some day. And if you do, Paysa can be your source for evaluating and comparing GrubHub and InstaCart salaries for your position.

This post looks at those three positions specifically, but let’s start by comparing overall salaries at the two companies:

*Note: salaries shown here may have updated from the time of publication.

In looking at the overall employee average salaries for both companies, it’s InstaCart that comes out on top with an average base salary $9,000 higher than what you could expect from GrubHub. InstaCart salaries average out to $104,000 per year according to Paysa data: 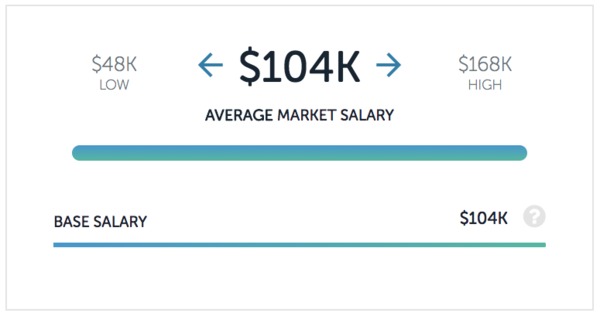 Average salary for an employee of InstaCart

Whereas the average salary at GrubHub is just $93,000 per year: 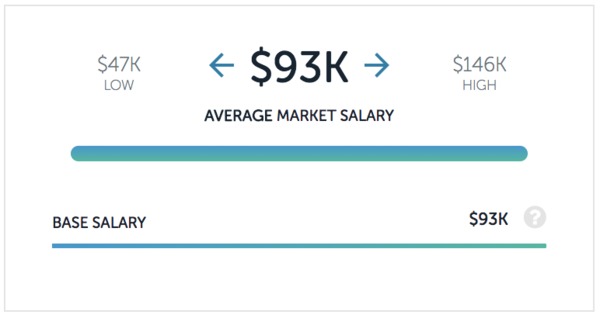 Average salary for an employee of GrubHub

Luckily for GrubHub, that isn’t necessarily the case when looking at individual tech jobs. In fact, for data scientists, GrubHub seems like it may be the better opportunity:

Harvard Business Review called being a data scientist the “sexiest job of the 21st century”. It’s not hard to understand why: the rise of big data in today’s digital world gave life to the position less than ten years ago, and now it is one of the most in-demand roles in all of tech. Both InstaCart and GrubHub need quality data scientists to better understand their customers for sales and marketing purposes, but it’s GrubHub that offers the more robust compensation package. GrubHub salaries for data scientists average out to $134,000 per year, including a base salary of $110,000, an annual bonus of $9,000, and equity equal to $15,000 per year. There’s also a $13,000 signing bonus offered according to Paysa data. 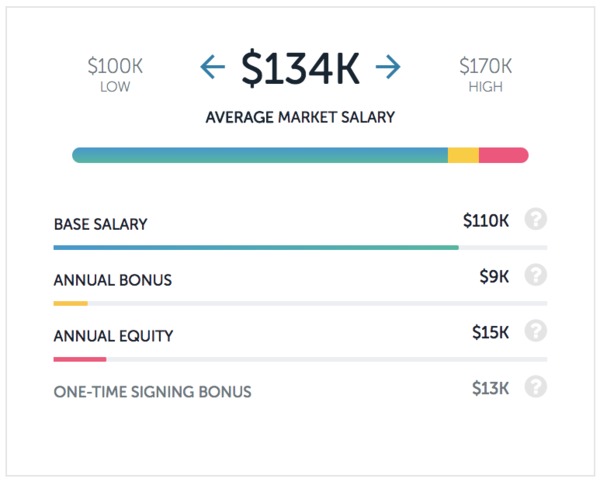 Average salary for a data scientist at GrubHub

InstaCart, on the other hand, does not offer a bonus or equity compensation. Nor do they have the signing bonus. Instead, InstaCart data scientist salaries are just a base of $104,000 per year. 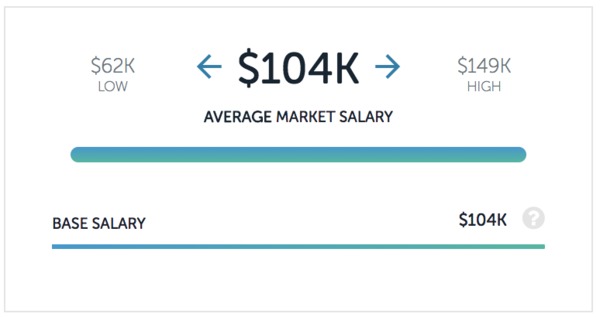 Average salary for a data scientist at InstaCart

But, if you thought this discrepancy was indicative of a larger trend for GrubHub and InstaCart salaries, you’d be mistaken. The truth is, when it comes to compensation for software engineers and product managers, InstaCart dominates GrubHub.

Everyone knows that software engineers can earn some pretty serious money if they have the technical talent to help elevate a company over their competitors. The average salary for a software engineer is $110,000 per year, and the good news is that both GrubHub and InstaCart salaries for this position exceed that average. But, there’s a considerable gap between the two companies. 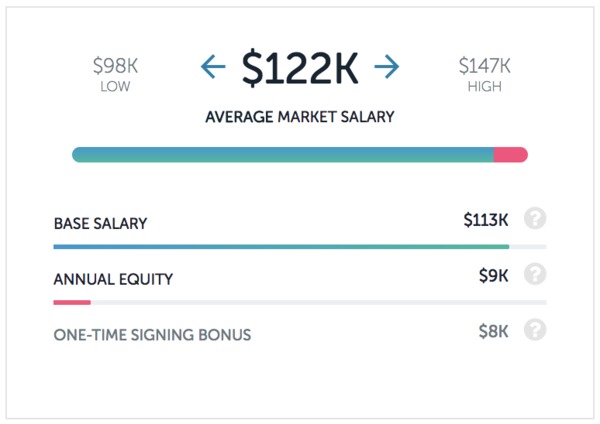 Average salary for a software engineer at GrubHub

It’s not a bad compensation plan by any means, but InstaCart has them considerably beaten. InstaCart software engineer salaries average out to $193,000 per year, including a base salary of $159,000 and annual equity of $33,000 per year. 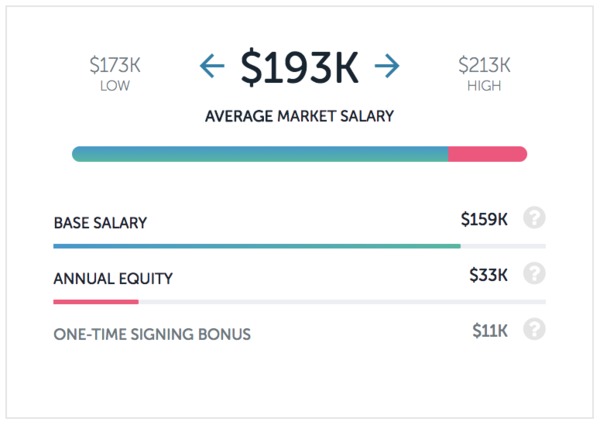 Average salary for a software engineer at InstaCart

If you think that gap is bad, wait until you see the discrepancy between product manager salaries at the two companies: 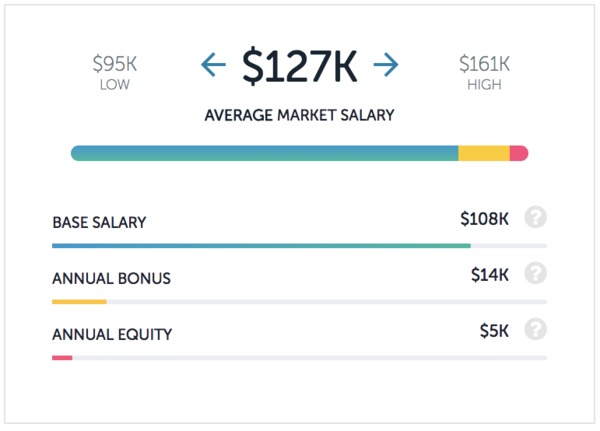 Average salary for a product manager at GrubHub 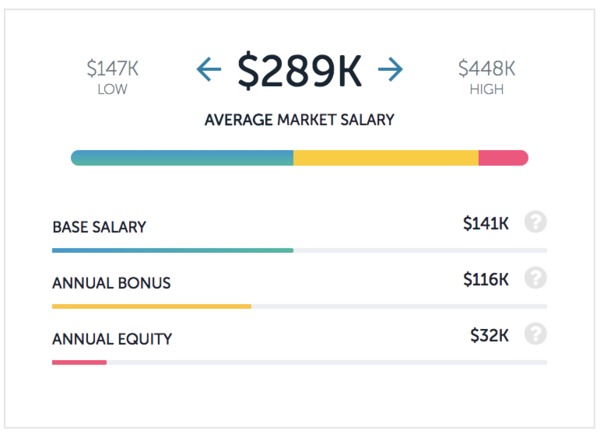 Average salary for a product manager at InstaCart

Considering InstaCart has yet to go public (GrubHub started publicly trading in 2014), that equity could translate into some serious money during a future IPO.

While both companies have quite a bit to offer tech talent, jobs at InstaCart—particularly for product managers and software engineers—pay considerably more than at the competing GrubHub.

To explore more salaries at these two companies or 100,000 others, Visit Paysa today and create a free account.

0 0 0
Previous ArticleHow Do I Figure Out What My Salary Should Be?
Next ArticleResume, Job Search, and Application Guidance for a Career in Financial Analysis
Latest Posts