Is Industry 4.0 Really the Next Industrial Revolution and What Does It Mean for the Future of Work?

It’s being feted as the next industrial revolution and predicted to have just such a seismic effect on the world of work. But what exactly is Industry 4.0, and now that we’re on the brink, what’s the likely impact? Previous industrial revolutions, as the name implies, completely revolutionized the manufacturing business. They turned the world of work upside down and prompted dire predictions of thousands left unemployed by the advent of new technologies and practices (sounds familiar?). And Industry 4.0 is no different. But warnings of job losses, technology “taking over our lives”, and a world of Big Brother-style loss of privacy, while all serious concerns that need addressing, shouldn’t blind us to the significant benefits that Industry 4.0 will bring.

What does Industry 4.0 actually mean?

The term Industry 4.0 was coined to describe the fourth major development in the world of work, building on the three previous so-called industrial revolutions:

Industry 4.0 sums up the confluence of a multitude of technologies that are coming of age and reaching a critical point in their development and adoption, so they can be integrated and utilized into every aspect of business. Thought leaders and business executives have variously tried to sum up exactly what’s involved.

For example, in the report Industry 4.0: Are You Ready?, Deloitte described it this way: “In Industry 4.0, many physical and digital technologies are combining through analytics, artificial intelligence, cognitive technologies, and the Internet of Things (IoT) to create digital enterprises that are both interconnected and capable of more informed decision-making.”

And there are many technologies involved in this revolution. As McKinsey Global Institute states in its report A Future That Works: Automation, Employment and Productivity: “Advances in robotics, artificial intelligence, and machine learning are ushering in a new age of automation, as machines match or outperform human performance in a range of work activities, including ones requiring cognitive capabilities.”

In short, Industry 4.0 is not about streamlining existing practices to make things smarter and more efficient. It’s about a complete change in the way businesses view and conduct  their whole operation. “It’s about reinventing processes and workflows to make production and processes smarter, more sustainable and more secure,” writes Shane Wall (CTO at Hewlett Packard). “It’s a major overhaul of not just equipment, but how businesses work and think about manufacturing.”

How will Industry 4.0 affect growth and productivity?

It goes without saying that this will have a significant impact on growth and productivity. But naturally, it’s difficult to predict the precise impact in concrete terms, as changes are taking place so fast and there are so many variables.

“Major technologies are entering the manufacturing space, big time. They will boost industrial productivity by more than a third. This is massive, and it will do a lot in creating growth,” says Olivier Scalabre  (Senior Partner and Managing Director of The Boston Consulting Group) in his TED talk The Next Manufacturing Revolution is Here.

“Based on our scenario modeling, we estimate automation could raise productivity growth globally by 0.8 to 1.4 percent annually. About half the activities people are paid almost $15 trillion in wages to do in the global economy have the potential to be automated by adapting currently demonstrated technology.”

What does this mean in practice?

Scalabre gives a practical example of how utilizing technology can transform practice. In the aerospace industry, fuel nozzles consist of 20 separate parts, all of which used to be constructed individually and then assembled when completed.

“Aerospace companies are now using 3D printing, which allows them to turn those 20 different parts into just one,” he says. “The results? 40 percent more productivity, 40 percent more output produced, and 40 percent more growth for this specific industry.”

He goes on to outline how global shipping of manufactured goods will become outdated. Factories will be sited where the market is, and no longer dependent on cheap labor, which is already proving to be unsustainable because of rising labor costs in developing countries. This will also eliminate high shipping costs.

How will Industry 4.0 affect business practices?

While less than five percent of occupations can become fully automated, around 60 percent of all occupations could have 30 percent of the tasks automated (MGI). So while robots won’t be taking over our jobs just yet, automation is clearly set to make an impact.

Occupations that will benefit most from automation are ones that have predictable physical activities (81%), involve data processing (69%), or collect data (64%).

How soon will these new technologies be adopted?

As top business influencer Bernard Marr writes on Forbes.com: “The question is not if Industry 4.0 is coming, but how quickly.”

And the MGI report cites five factors which will control the speed of adoption.

In summing up the findings of the Deloitte report, Punit Renjen (CEO of Deloitte Global), writes that “Just 14 percent of respondents are highly confident their organizations are ready to fully harness the changes associated with Industry 4.0.”

In fact, there seems to be something of a mismatch in the way business leaders are approaching Industry 4.0 in their organizations.

“While CXOs see new business or delivery models as the biggest threat to their organizations, they are largely using Industry 4.0 technologies as a tool to make existing operations more efficient and cost-effective,” Renjen continues. Clearly this means that they’re missing out on significant opportunities to introduce innovative practices.

What does this mean for the future of work?

The Deloitte report states that many leaders don’t appear to have much sense of urgency about preparing for Industry 4.0, despite around 75 percent of leaders feeling unprepared. This could be because they feel their employees will be able to adapt. It could also be because the field is so new, and developing at such a pace, they’re unsure what actions to take. And many are reluctant to risk their bottom line on new technologies without a degree of certainty about the outcome.

But this leaves great opportunities for those companies that do take decisive action now.

“I suspect that the early adopters will be rewarded for their courage jumping into this new technology,” writes Marr, ”and those who avoid change risk becoming irrelevant and left behind.”

Workers who take the plunge and look for job opportunities specializing in Industry 4.0 will be at a significant advantage and can command good salaries right now. Companies are increasingly advertising for roles that are specifically focused on embracing Industry 4.0.

Paysa.com has salary information on a range of such roles.

Industry 4.0 is already here and beginning to make its impact felt. Getting in on the act at this early stage could be a smart career move that will ensure you’re well-placed at the cutting edge of development as that impact increases.

Make the most of your career with Paysa as your personal career advisor. Find out what you’re worth and jobs matched to your skills. 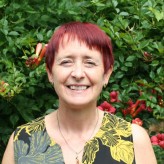