PayPal vs Square: Who Pays More?

When it comes to the relationship between PayPal and Square, the two payment services companies are a true story of old wisdom versus new creativity.

PayPal is an old-school company (by tech standards) that manages to stay sharp and innovative despite many of their contemporaries having vanished a decade ago. Square, on the other hand, didn’t even get started until PayPal was already in its early teens, but it has since revolutionized the merchant services industry by essentially creating mobile payments.

Pitting the two against each other is the tech equivalent to watching a young Kobe Bryant square off against a veteran Michael Jordan: your gut instinct on who stands to win changes with each play. And it’s not just competition from a product perspective; the two companies compete for the best tech talent as well. PayPal and Square jobs are some of the most desired in all of tech, with both companies in the top 100 of Paysa’s CompanyRank: an algorithm that measures the quality of technical talent at over 198,000 companies. 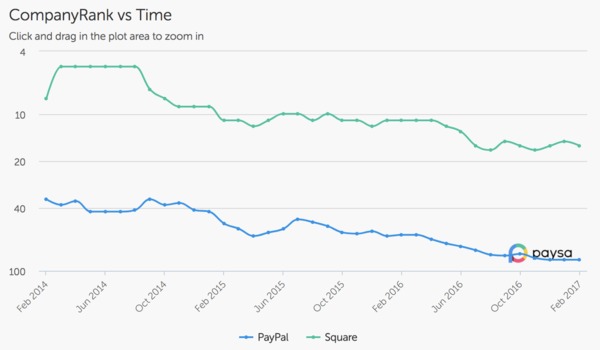 So how do PayPal salaries compare to Square salaries? We took a look at some key tech jobs and how they pay at both companies to help you evaluate whether Square or PayPal jobs are better.

But before we dive into individual roles, let’s look at how average salaries compare at both companies:

When it comes to overall averages, round one goes to PayPal. 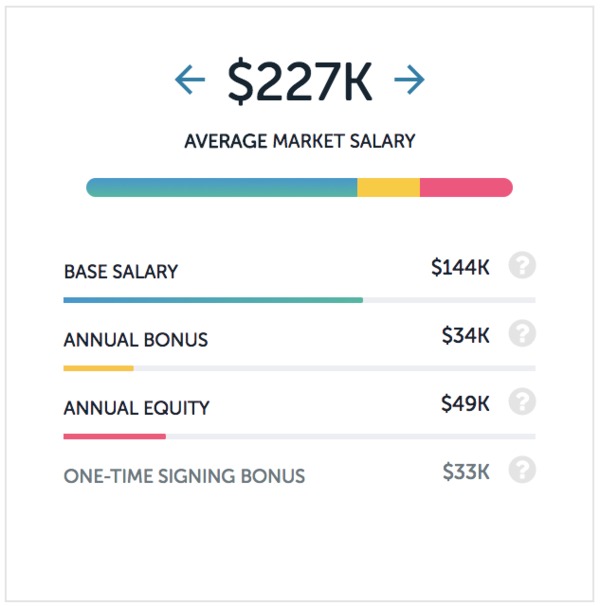 Average salary for a PayPal employee, per Paysa data 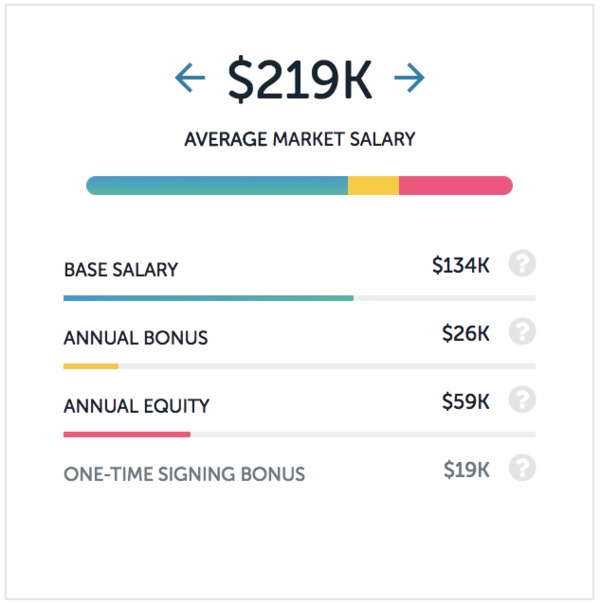 Average salary for a Square employee, per Paysa data

If these averages are indicative of any trend, it’s a common one among tech stalwarts and newer companies. Companies like PayPal can often afford larger base salaries and use the lure of financial security to attract better tech talent. While Square has long-since graduated from the startup community, they are still a young company that appears to leverage equity as a primary motivator for tech talent to join them.

To see if that trend translates to individual roles, let’s look at a few key positions at each company:

Everyone knows a career as a software engineer can be a fast-track to financial success. So, it’s no surprise that both PayPal and Square pay well above the industry average of $171,000 per year for top engineering talent to join their organizations. 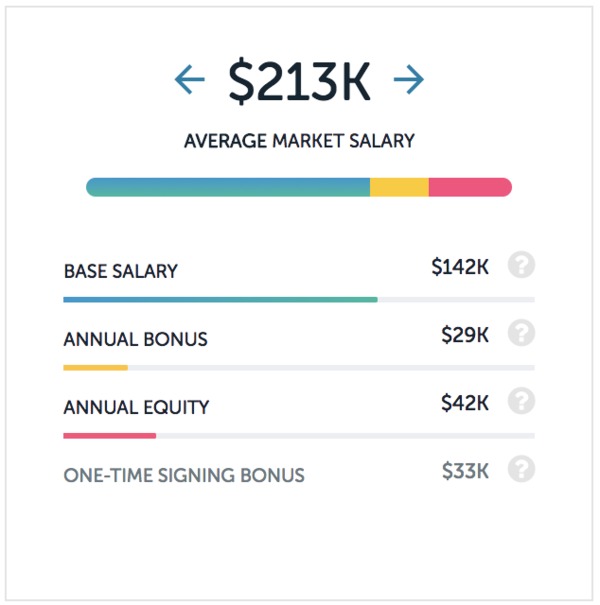 Average salary for a software engineer at PayPal, per Paysa data

That’s pretty good for an entry-level engineering position. But in a surprise twist, it’s actually Square that wins this round with an average salary of $247,000 per year for software engineers. 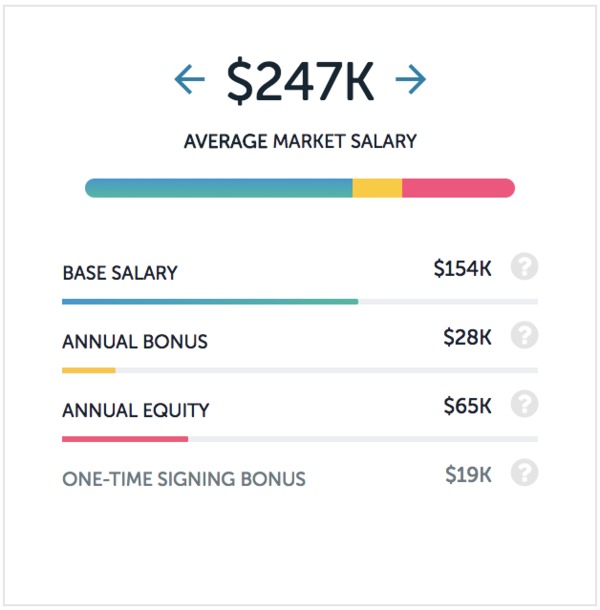 Average salary for a software engineer at Square, per Paysa data

And while equity at Square is significantly higher than what you could expect at PayPal ($23,000 to be exact), that’s not the only category where Square had an advantage: the base salary of $154,000 per year is also higher.

As your career progresses in engineering, leadership may be in your future. So, you’re probably wondering:

How do PayPal salaries for engineering managers compare to those at Square?

This category was really close, but ultimately it’s PayPal that has the higher compensation plan. With a base salary of $201,000, an annual bonus of $43,000, and annual equity around $75,000, PayPal salaries for engineering managers average $319,000 per year. 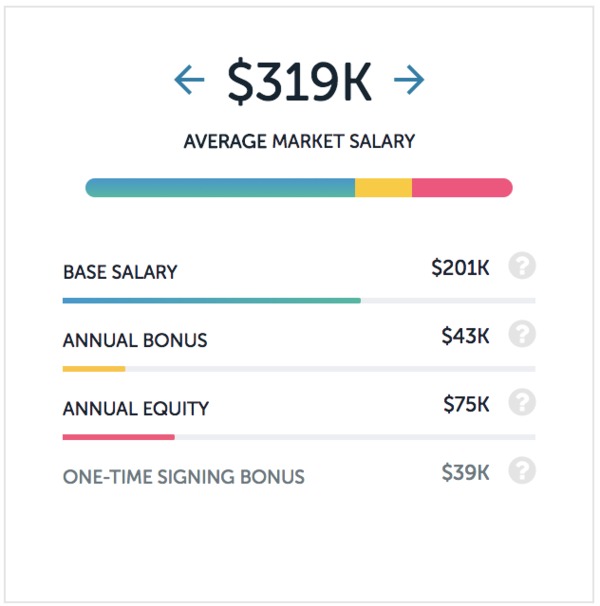 Average salary for an engineering manager at PayPal, per Paysa data

Square wasn’t far behind: Square salaries for engineering managers average out to $313,000 per year, with a slightly lower base and bonus, but more equity. 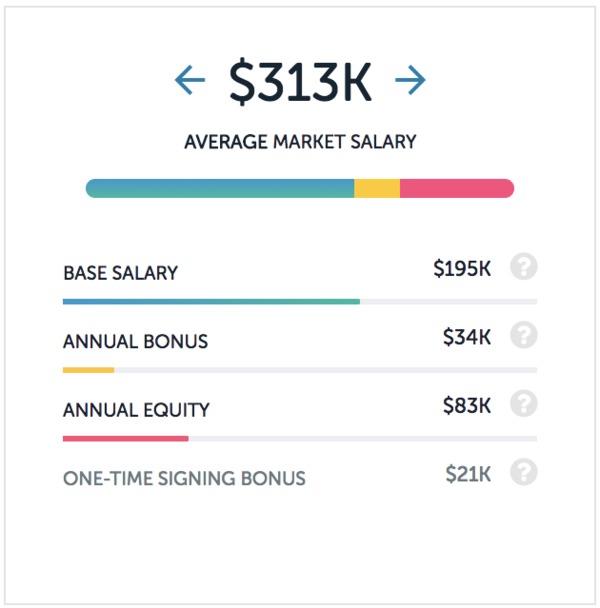 Average salary for an engineering manager at Square, per Paysa data

The two are so close that, if leadership is your goal, it may be worth considering the culture at both companies before making a decision. This post from our blog shows both companies are great for parents looking for a good work-life balance with a little one at home.

Data science is one of the most in-demand roles in all of tech, so it’s no wonder that both PayPal and Square pay their talent extremely well.

Paypal data scientists can expect an average salary of $199,000 per year. 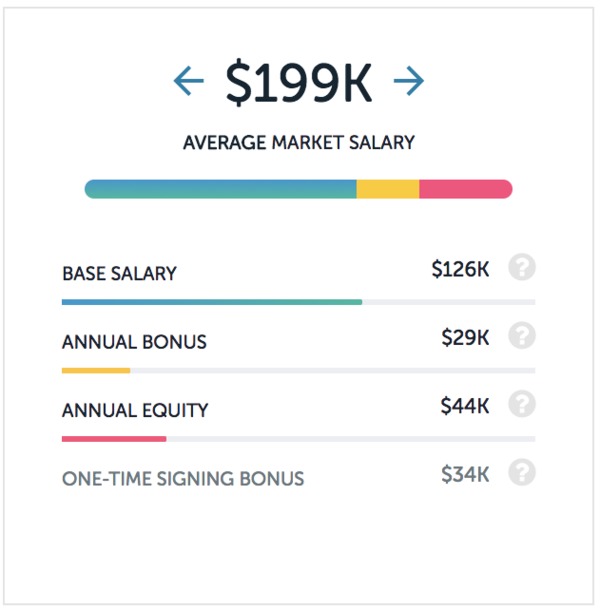 Average salary for a data scientist at PayPal, per Paysa data

But, it’s Square that gets the win in this category, with an average salary of $207,000 per year. 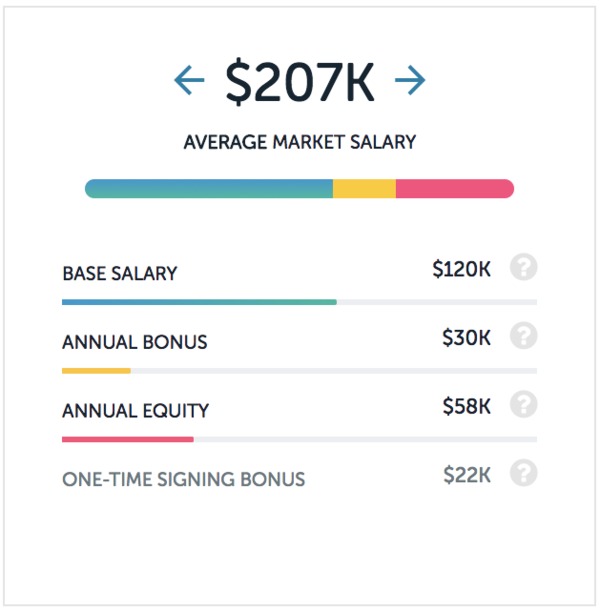 Average salary for a data scientist at Square, per Paysa data

Much like the engineering manager roles, the salaries are so close that you may want to consider other factors outside of compensation when evaluating opportunities with both companies.

As you can see from this post, Square and PayPal salaries are both pretty competitive, and the winner really depends on the role. To find out which company pays more for your job, visit Paysa.com today and explore both PayPal and Square salaries (along with compensation for thousands of other tech companies) today.

0 0 0
Previous ArticleHow Far Will People Move for a Pay Raise?
Next ArticleWhere Do Physical Therapists Earn the Most?
Latest Posts