Relocating from San Jose to Other U.S. Tech Hubs

Silicon Valley is synonymous with tech. If you live there, you either work in tech, or you know someone who does. Software engineers have their pick at some of the best companies in the industry and data science jobs are plentiful.

San Jose, California, known as the capital of Silicon Valley, is a vibrant city in the Bay Area that’s full of tech opportunities, but it also has one of the highest costs of living in the country. If you’re looking for a change, Paysa has gathered data to help you find the most bang for your buck with top tech hubs in cities that won’t eat up such a large chunk of your salary.

According to Paysa data, Seattle, Atlanta, and Austin are the tech hubs with the best overall value. That means they offer the highest earning potential with the lowest cost of living (as a percentage of salary).

So what can you expect if you move to one of these cities? Let’s take a closer look.

If you’re thinking about a move to Seattle, the biggest thing to consider is growth. Seattle is the fastest-growing big city in the country, and 200,000 more people are expected to move there in the next 20 years.

However, on this list, Seattle is the closest to San Jose, and not just geographically. The tech industry is huge in Seattle. In fact, it is consistently ranked as one of the top job markets for tech in the country.

While you may experience a bit of the “Seattle freeze” if you make this move (the people are generally considered nice, but not friendly), and you’ll find less of an energetic startup feel than in San Jose, there are more cultural similarities than differences.

Along with Microsoft and Amazon, companies like Nordstrom, Oracle, and T-Mobile are some of the top companies hiring for tech positions.

The average salary for a tech employee in Seattle would look something like this: 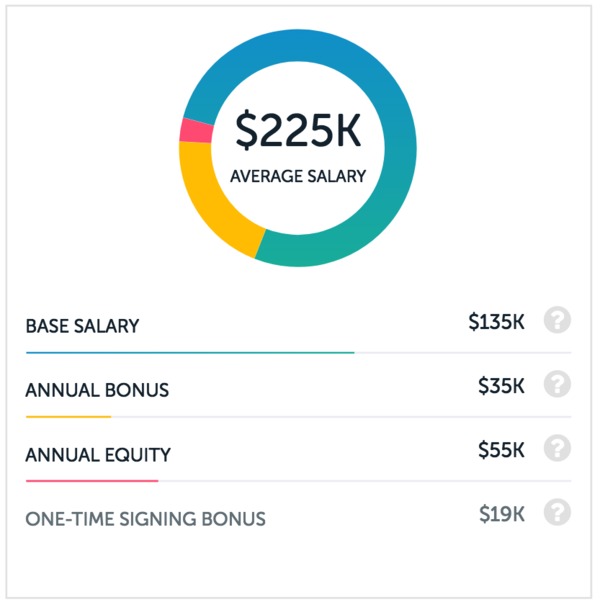 If you’re looking for a bigger change (and lower cost of living), you can head southeast to the “city in the forest.” There are lots of shady trees here to help cool you off in the southern heat. Atlanta is also a growing city, boasting one of the highest rates of job growth in the country.

Paysa data shows that there are plenty of tech jobs available in Atlanta. The top companies currently hiring for these positions include:

And here’s a breakdown of the average market salary in Atlanta: 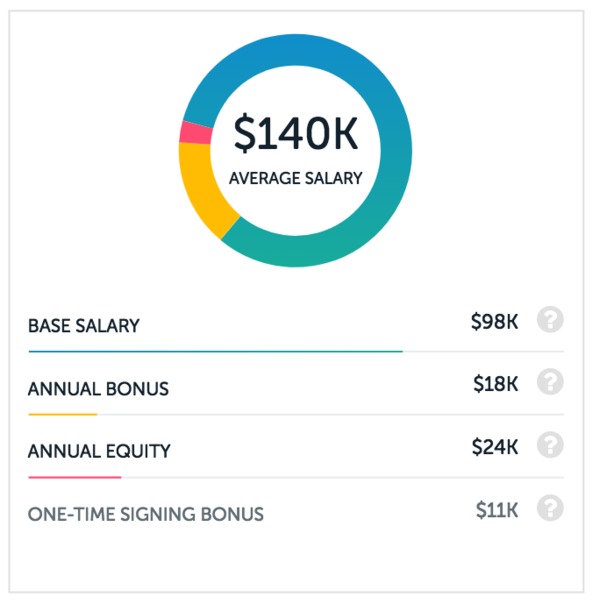 U.S. News and World Report ranks San Jose the third best place to live in the country. Coming in at number one? Austin, Texas.

When it comes to culture, Austinites are Southerners at heart (and the heat backs that up), but the city also has an independent streak. The town’s unofficial motto is “Keep Austin Weird,” and there are many residents for whom that is gospel.

You can’t talk about culture in Austin without mentioning South by Southwest. The music, interactive media, and film festival is a yearly juggernaut of culture and inspiration. The tech, film, and music community descends on the city every year for the latest and greatest in each of their fields, and it is not to be missed if you’re in the tech space.

The top companies hiring for tech positions in Austin include Visa, Dell, Amazon, and IBM. The average salary in Austin breaks down like this: 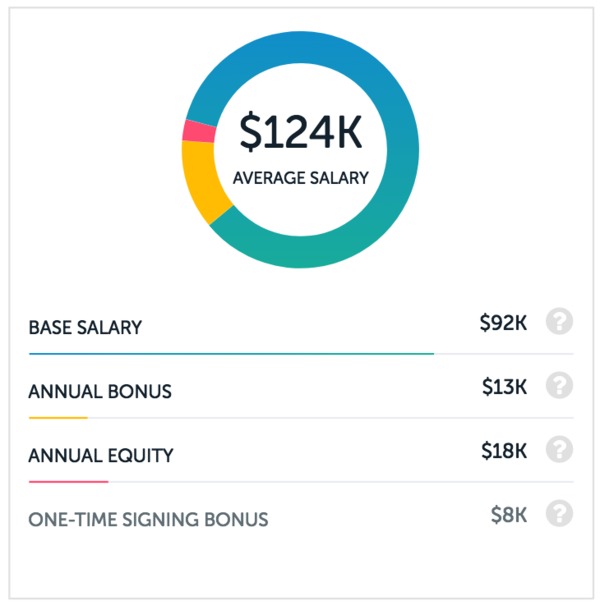 Now that you know more about each city, let’s see how the numbers stack up, based on data Paysa has gathered. 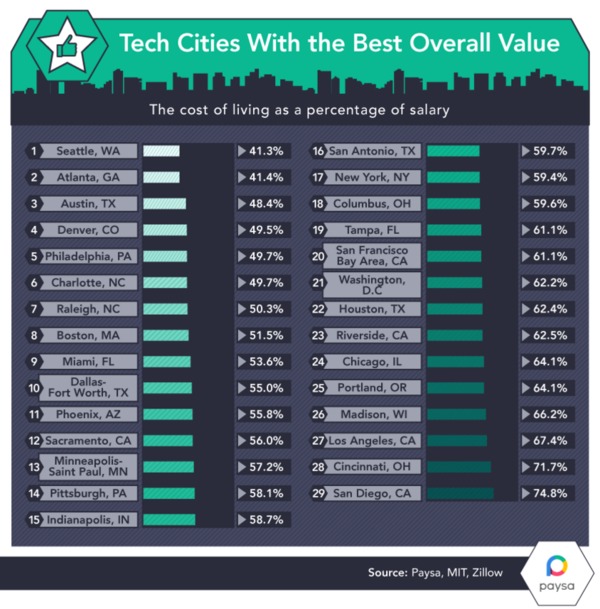 How Relocating from San Jose Will Affect Your Salary

San Jose and the Bay Area are some of the worst places for overall value. If you’re looking for a change, Seattle might be a good option. The city offers a similar industry climate and higher average salaries. It is also the best city for overall value, with only 41.3% of your salary taken up by cost of living. However, Seattle is growing at a rapid clip and cost of living is on the rise.

Though Atlanta and Austin offer smaller salaries than the two west coast cities, they also offer a lower cost of living that is likely to stay low for the foreseeable future. If you’re looking for a more laid-back pace and some southern charm, Atlanta or Austin might be just what the doctor ordered.

Wherever you go in your career, Paysa is there to make sure you get paid what you deserve. Sign up today for free to personalize Paysa for you.