If you’ve been in tech for a while, you likely know that Microsoft jobs have long been some of the most sought-after in the industry.

From the early days of recruitment ads in Network World magazine to these unbelievably cheesy videos made in 2008, Microsoft has long been on the hunt for top-tier talent to fill their most important roles.

As a result, they offer some of the best perks and benefits in all of tech, including:

And the best part?

Well, the compensation of course.

And that’s exactly what we’re going to discuss here today. This post reveals the four top paying Microsoft jobs according to Paysa data. You’ll learn which roles command top-dollar salaries and what it takes to qualify for the positions.

But first, let’s walk through why working at Microsoft may be the greatest opportunity in all of tech.

What Makes Microsoft Such a Great Place to Work?

Aside from the salary, benefits, and perks, Microsoft has a lot to offer top tech talent. The company has consistently ranked on Glassdoor’s Top 100 Places to Work, and that’s because they genuinely care about their people. Here are just a few additional ways that working at Microsoft can benefit your career, regardless of whether you’re a VP or an intern:

For many people working in tech, the idea of climbing the corporate ladder with one company through your entire career seems a bit antiquated. According to the Bureau of Labor and Statistics, average employee tenure dropped in 2016 to 4.2 years. Retaining talent is tough, but one of the ways Microsoft does it successfully is by providing a tremendous amount of internal growth opportunity.

As a former Microsoft employee commented on a Quora post:

“Microsoft is extremely heterogeneous. Different teams operate in very different ways. Bing, Xbox, Windows, Office, Developer Division: they’re all run quite differently. So if you grow restless or frustrated, your first thought is to jump to another team rather than jump to another company.”

Microsoft has a very structured career roadmap for each of its roles. Like many companies, you can earn the opportunity to develop into leadership positions, or you can continue to elevate your career as an individual contributor.

Jon Gallant has been with Microsoft since 2004 and had this to say on his blog about career progression at Microsoft:

“Microsoft has structured the career model to encourage both paths and doesn’t pressure people one way or the other…Choosing the right path is hard. But the good thing is that you can go back and forth between the two paths. I know people that have gone back and forth many times throughout their career.”

With that level of flexibility to design your own career, it’s no surprise that Microsoft has no trouble retaining key talent.

With over 100,000 employees worldwide, it’s hard to imagine a company as big as Microsoft maintaining their company culture.

And yet, most employees will tell you that whether you’re in Seattle or Sydney, Madrid or Mozambique, the office culture aligns with the company’s mission to “empower every person and organization on the planet to achieve more.”

Much of the current culture can be attributed to Microsoft’s CEO, Satya Nadella, who took the reigns of the nearly 40-year-old company in 2014. In an article on Gadgets360 about Nadella’s influence on culture, one employee remarked:

“The best way I can describe it is that this is a much more open Microsoft, and I say that across the board. Open to new ideas, fresh thinking, not being bound to one platform in Windows, open to embrace other operating systems like Android and iOS with their software and services.”

This leads to perhaps the biggest example of Nadella’s influence on Microsoft:

The Acquisition of LinkedIn

On June 13, 2016, Microsoft announced the acquisition of LinkedIn for the ripe sum of $26.2 billion. It was the largest tech acquisition in history, sending shockwaves across the industry and solidifying Nadella’s place in the Microsoft history books.

While the details are still somewhat ambiguous on how these two tech giants will partner together, the partnership holds a tremendous amount of potential that should be alluring to top tech talent.

LinkedIn has over 500 million members providing data on their professional activity. Microsoft has a suite of tools — including Dynamics and the recently launched Teams — that one can imagine would be dramatically enhanced by LinkedIn’s data.

What will come of the partnership remains to be seen, but in the meantime, the acquisition stands as a beacon of Microsoft’s focus on innovation — a welcome sign for prospective employees.

According to Paysa data, Microsoft’s CompanyRank has slipped a bit over the past few years from its peak at the #5 spot in 2009. As of February 2017, Microsoft was ranked in the #42 position.

Now you might be thinking, “Yikes, that seems like a pretty dramatic, negative shift.” But let’s put things in perspective.

“The Paysa CompanyRank algorithm measures the quality of technical talent at a company over time, based on our analysis of 7.45 million job changes across 198,000 companies over the past 15+ years.”

In fact, that puts Microsoft in the top .02 percent of companies considered by the algorithm. Needless to say, that means they have no problem attracting and retaining top-tier talent from across the tech industry. 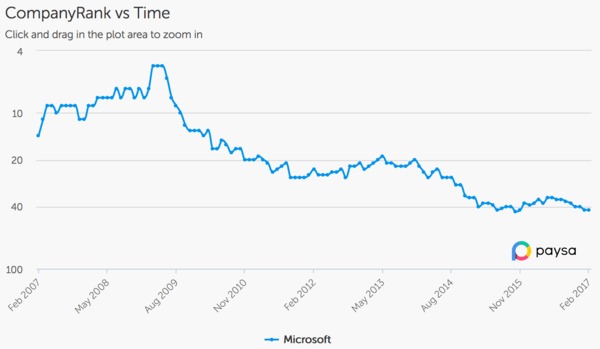 So, we know Microsoft has a lot to offer their employees in terms of opportunity, culture, benefits, and perks. But how about compensation? Paysa has gathered salary data from 79,000 profiles to find that the average market salary at Microsoft is a whopping $254,000 per year. 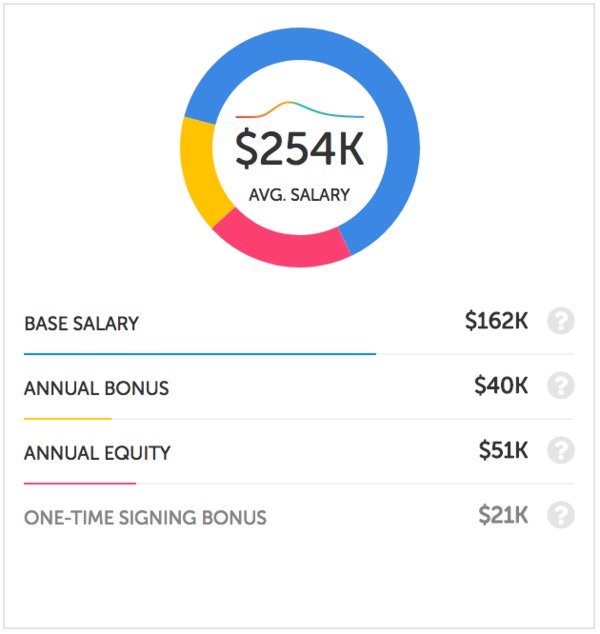 Compare that to the Google salaries compiled in this Paysa blog post, and you’ll see that Microsoft employees earn — on average — 13.45 percent more than employees at Google.

Let’s take a look at the four Microsoft jobs with the highest earning potential.

According to Paysa data from 593 profiles, principal engineering managers at Microsoft earn an average market salary of $464,000. 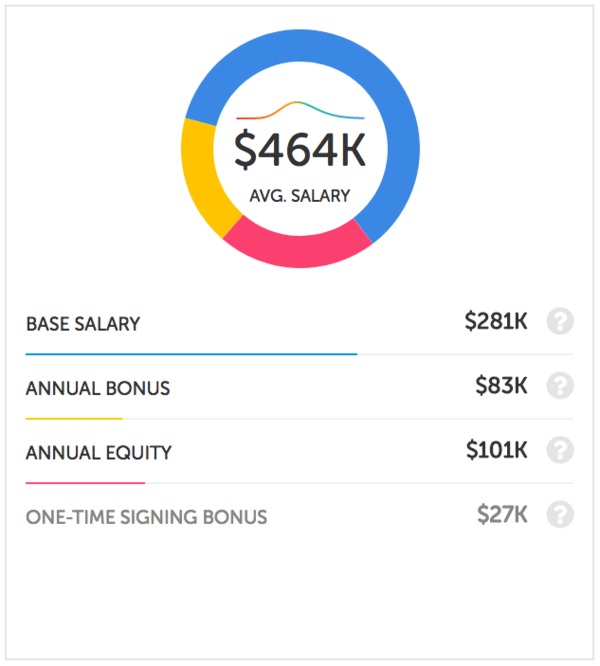 Average salary for a principal engineering manager at Microsoft, per Paysa data.

That means, in theory, if you were at the high-end of each range, you could be earning $629,000 per year (plus a one-time signing bonus). And the great news is, the same pay bands exist for principal engineers in individual contributor roles, too. Jon Gallant says, “[d]on’t do it for the money…Being a lead isn’t going to make you any more money than being an IC. A Principal IC developer makes the same amount of money as a Principal Lead.”

Directors of product management at Microsoft can expect to earn an average salary of $382,000 per year according to Paysa data. 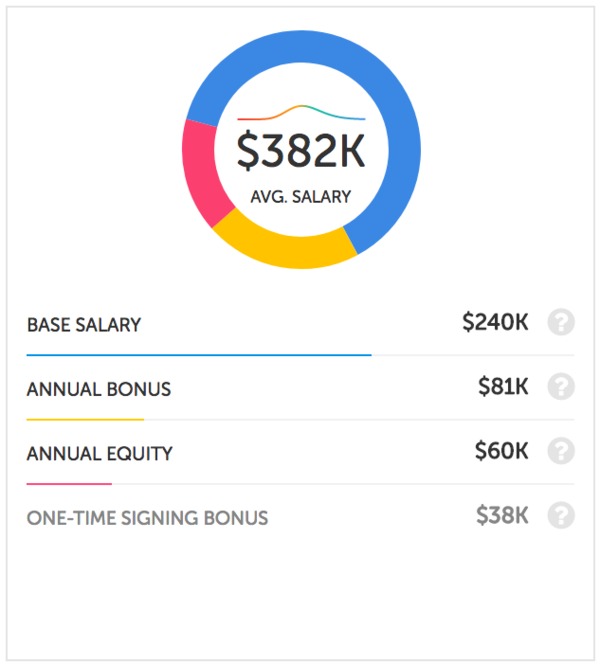 Average salary for a director of product management at Microsoft, per Paysa data.

Here’s an individual contributor role with some serious earning potential. According to Paysa data, software architects at Microsoft can expect to earn an average salary of $335,000 per year. 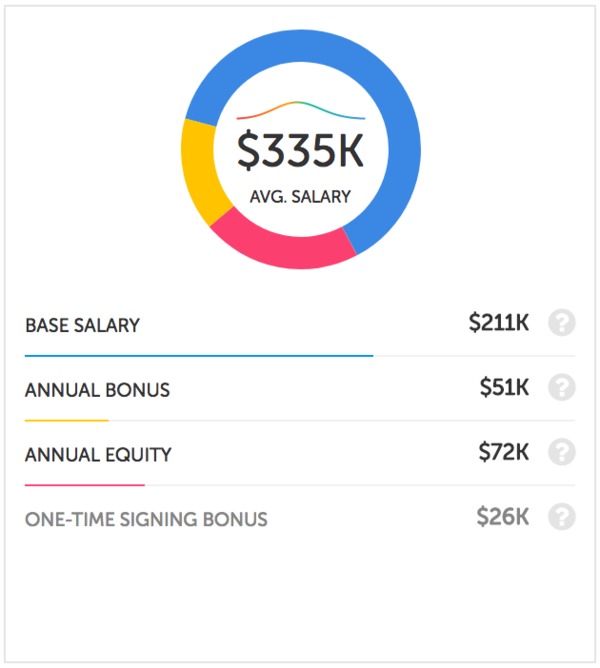 Average salary for a software architect at Microsoft, per Paysa data.

Finally, another leadership role that Microsoft employees can aspire to grow toward. Principal application development managers earn an average salary of $371,000 per year according to Paysa data. 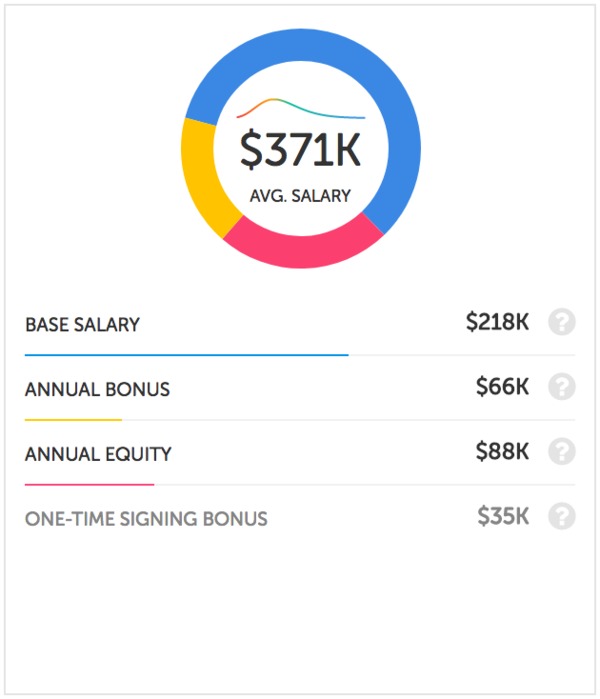 Average salary for a principal application development manager at Microsoft, per Paysa data.

So as you can see, Microsoft offers the entire package to their employees. In addition to a long-standing company culture, spectacular benefits and perks, and a career ladder with no ceiling, the company also offers some of the most competitive compensation packages on the market.

If you’re interested in exploring open jobs with Microsoft, check out the Paysa job search today where as of publication, there are over 1,000 open Microsoft jobs for your consideration.

And to get a feel for the top-paying jobs at any company, access Paysa’s extensive database of salary information. You can even create a profile to learn if you’re making the kind of money you deserve for your level of talent.

Visit Paysa.com today to get started.