The Good, The Bad, & The Ugly of Tech Job Hopping

It wasn’t long ago that “job hopping” meant a guaranteed rejection by recruiters working to fill open tech jobs.

A choppy resume stuck out like a sore thumb in a stack of qualified candidates. Job hopping became synonymous with a flurry of other words no one wants used to describe them – unreliable, impatient, entitled, disloyal.

For candidates, the perception was a nightmare. It meant that any job change carried tremendous risk. If things didn’t go well with a new company and you had to leave before some arbitrarily defined “reasonable” window of time (generally under two years), it would forever be a dark mark on your resume. Have two of those in a row? Good luck getting hired anywhere.

But it wasn’t just horrible for candidates — recruiters have long-hated the negative stigma around job hopping, too. There’s nothing more frustrating than having an otherwise perfectly qualified candidate apply to one of your open tech jobs, only to find yourself unable to move them forward in the interview process because they jumped around a bit earlier in their career.

Thankfully, the perception of job hopping as a complete resume ruiner has largely dissipated over recent years.

That’s not to say recruiters and hiring managers don’t put resumes with a lot of movement under a microscope — they definitely do.

But the difference is that now, most top tech companies recognize there’s such a thing as strategic job hopping. And that it differs quite a bit from the traditional definition of a job hopper as someone who can’t settle in a job even long enough for business cards to be printed.

So, What is Strategic Job Hopping?

Most candidates in the tech industry today have a general idea of how they’d like to see their career progress. Whether they aspire toward leadership at a top tech company, the opportunity to help build a startup from the ground floor, or even their own entrepreneurial aspirations, candidates have a scope on the direction they want to go in their career.

But the path toward that ultimate goal varies. And that’s where strategic job hopping comes into play. Here’s an example:

Let’s say you’re working as a software developer for Facebook.

In addition to working for the #5 company on Paysa’s CompanyRank, you’re also likely making some pretty great money — the average salary for a software developer at Facebook hovers at just over $200,000 per year according to Paysa data. 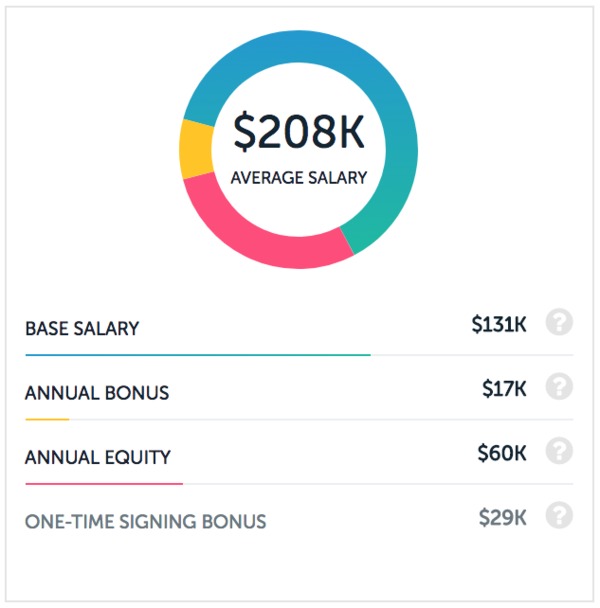 Average salary for a software developer at Facebook, per Paysa data.

But maybe after your first year, you start exploring software developer jobs at early stage startups because your ultimate goal is to launch your own app. So you got the “big tech” experience from your time with Facebook, and now you’re looking to make a change to gather critical experience in an early stage startup.

You’re not chasing money (though to be clear, you can make more money in a new opportunity and it can still be a strategic maneuver), and you’re not leaving for some other inconsequential reason:

You’re doing it to advance your career.

That’s the kind of job change you can stand behind on a resume. And it’s the exact kind of job hopping tech companies have come to recognize as a sign of an ambitious, goal-oriented, focused candidate.

But make no mistake: there’s still such a thing as “bad” job hopping. And hiring managers are adept at seeing right through job changes to know whether you’re someone who has made a few strategic moves in your career, or someone who can’t be counted on to stick around.

With that in mind, here’s what you need to be careful of when it comes to making changes in your career.

You can try to spin some job changes however you like, but the best recruiters and hiring managers know how to differentiate strategic job hopping from a lack of career direction.

If you’re considering making a change and on the fence about whether or not the transition would be viewed positively by talent acquisition specialists, here are a few red flags to look out for. None of these are hard-fast rules — there are certainly exceptions — but let these be a litmus test for judging the perception of a potential job change:

Look, no one’s saying you need to turn down a big payday. Most of us work to get paid, and naturally, if you can get paid significantly more elsewhere for the work you’re doing, it’s understandable why you’d make the change. If you’re a developer working for Google, making an average of $173,000 per year and Microsoft comes along with an offer for $211,000, that might be enough motivation to switch. 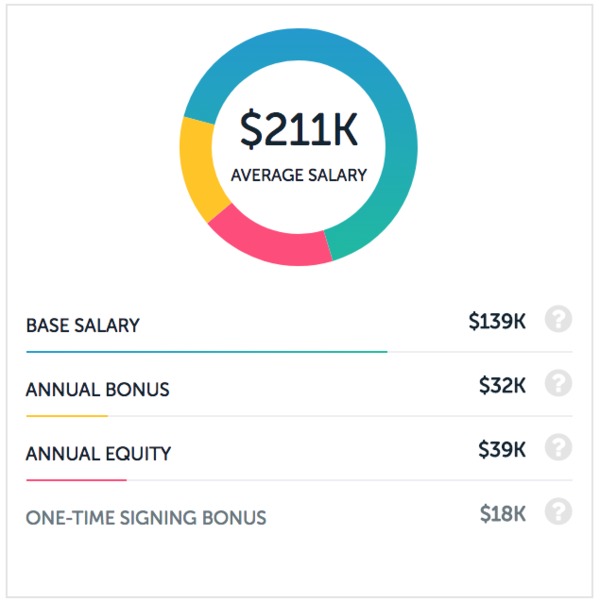 Average salary for a developer at Microsoft, per Paysa data.

But there’s a fine line between life-changing pay bumps on occasion and jumping ship to a new opportunity every time a company wags an offer for a three percent bump.

The former is a no-brainer that almost anyone not in line for an immediate promotion would absolutely take. The latter shows a lack of loyalty and long-term vision for your career.

The right career moves most often have more incentive than just the money.

Even if the salary bump is enough to make your jaw drop, the best moves are ones where you could justify making the change on the opportunity alone, even if the great pay didn’t exist.

Moving from your job at Company A to a near-identical role at Company B most likely does not qualify as a strategic job change.

Again, there are certainly exceptions to this, but as a general rule, if you’re making lateral moves often, you’re going to have a hard time explaining it to a savvy recruiter or hiring manager.

Because you’ll be unable to answer a core question of a justifiable job hop:

“What did you learn or how did you progress your career by making this change?”

Lateral moves are often just that — lateral. Without any forward progress. If you’re a software developer at AT&T and you leave to go do the same job at Verizon, you likely haven’t gained anything new by making that change. 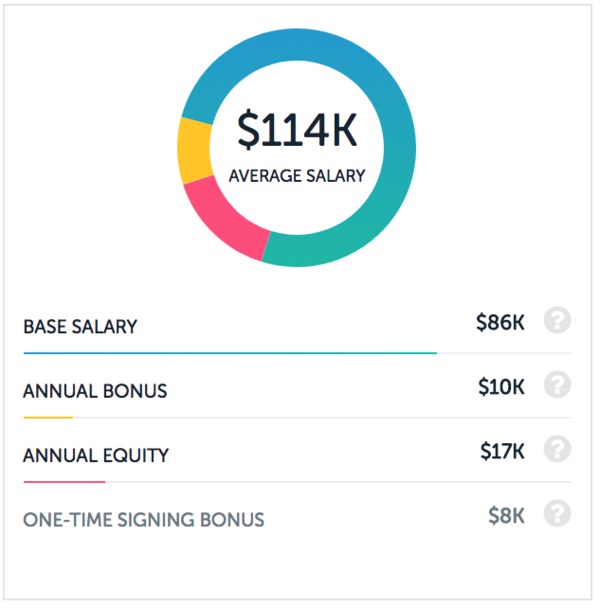 Average salary for a software developer at Verizon, per Paysa data.

Often, moving over to a direct competitor falls under this category. If you were to go from working at LinkedIn to Indeed, for example, that might be tough to justify later on a resume.

Why Are Companies More Open to Job Hopping than in the Past?

There are several reasons behind the shift toward accepting strategic job hopping in tech.

First, is the considerable rate of failure among startups in Silicon Valley. Businesses go belly-up all the time, often at no fault of the talent working tirelessly to preserve it. As a result, recruiters and hiring managers alike have had to dig deeper into choppy resumes to find out exactly why a candidate has moved around.

Second, is purely by necessity. By 2020, millennials will be the dominant generation in the workforce. And with 21 percent of millennials having changed jobs in the last year and 60 percent currently open to new opportunities, companies have had to shift their philosophy on job hopping to remain competitive for top talent in a candidate-driven market.

If you’re someone who has made a few job changes in recent years, you’re likely looking for the right way to let recruiters know you weren’t job hopping out of restlessness; you were making some strategic changes at key moments in your career.

But of course, that’s easier to do in-person during an interview than it is in an initial application or on your resume.

And so, here are a couple of key focus areas to make that happen:

Job hopping doesn’t quite have the stigma it did a few years ago, but tech talent still needs to be careful about moving around aimlessly from tech job to tech job. It’s about making strategic job changes — moves that advance your career toward your ultimate goal. And when you’re looking for the best resource to help you make that change happen, look no further than Paysa.

With a database of salaries for roles at thousands of tech companies, Paysa can help you find an opportunity to make more while also taking your career to the next level.